This was my first basketball game and it was really fun.  I'm happy with my photos too.

The venue is so dark that I did pop my flash just a little bit to get the best exposure.  I'm not sure though if my flash made a difference other than psychological, since I set the cameras up to get good exposure without the flash.  Also my flash was somehow set to manual and it's lowest setting of 128, the pictures looked good and the game was moving fast, so I did not attempt to change it.

I used a custom white balance on both cameras.  I established my white balance by taking a picture of a white dry erase board near the door.  I shot in RAW.

In spite of presetting my focus on a players head, I still botched the focus on the tip off.  The referees are taller than the players so I took the tip off shot from up in the bleacher.

I used back button focus and spot metering on both cameras for the entire game.

Both teams are local teams, so I stayed on the same side after half time to photograph the other team.  I was on the same side as the cheerleaders.  During the second half on referee always stood right in front of where I wanted to be so I had to change my position a bit.

My next basketball game did not go as well for me.  I think the spot metering caused trouble when my camera was pointed at the lights as I was sitting down. 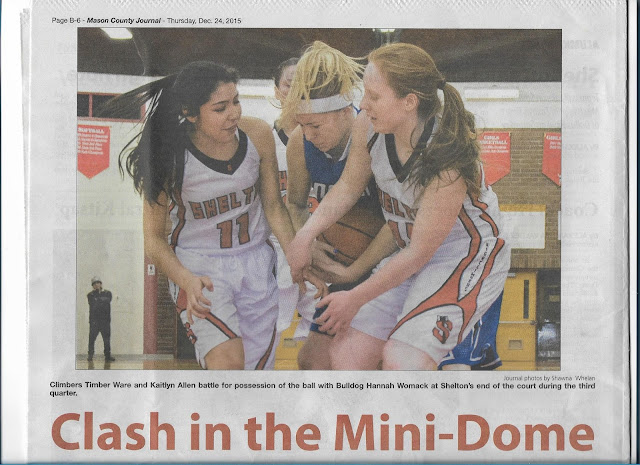 
I decided to go shoot what turned out to be the last football game of the season for Shelton High School.  It was dark and it was raining.  I'm glad I have a completely rainproof set up .  Another newspaper photographer was there and she told me the best places to stand.  The rules were very lax, I was allowed anywhere on the sidelines.

The home team was pretty much skunked, so my best shots are of the away team.  This was my first time shooting football and I very much enjoyed the experience. 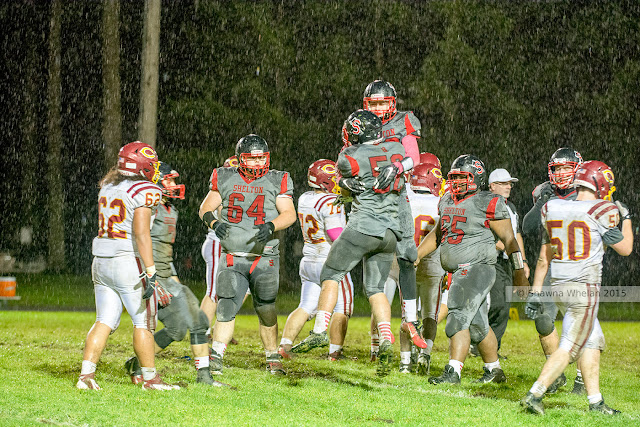 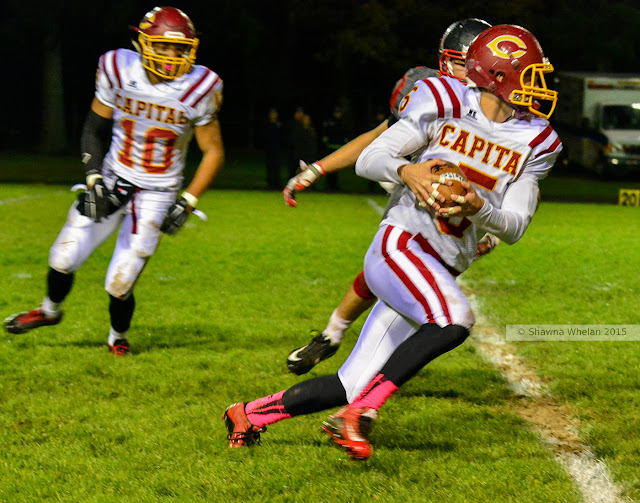 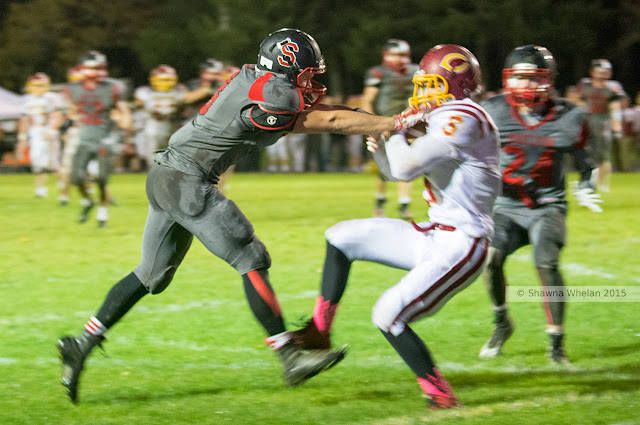 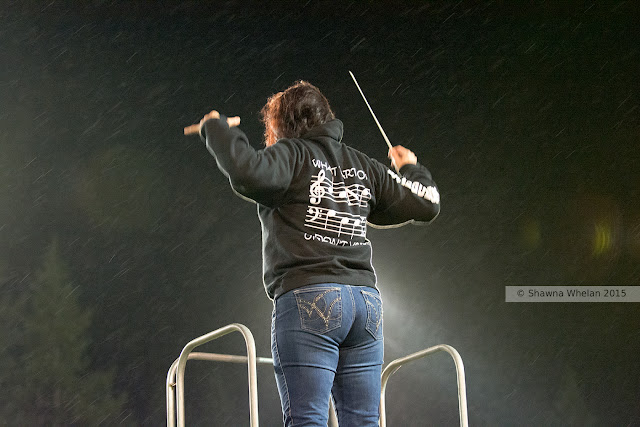 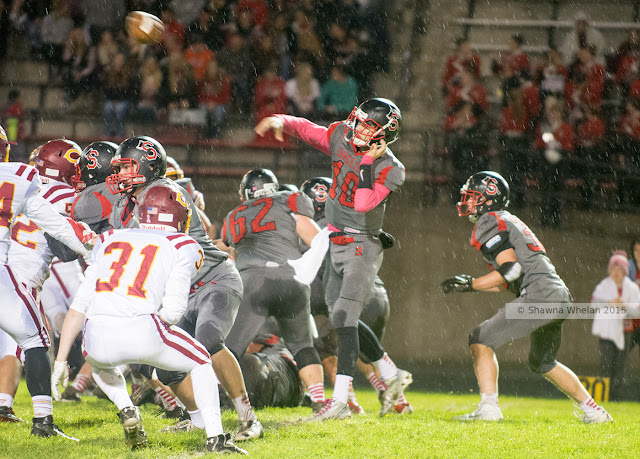 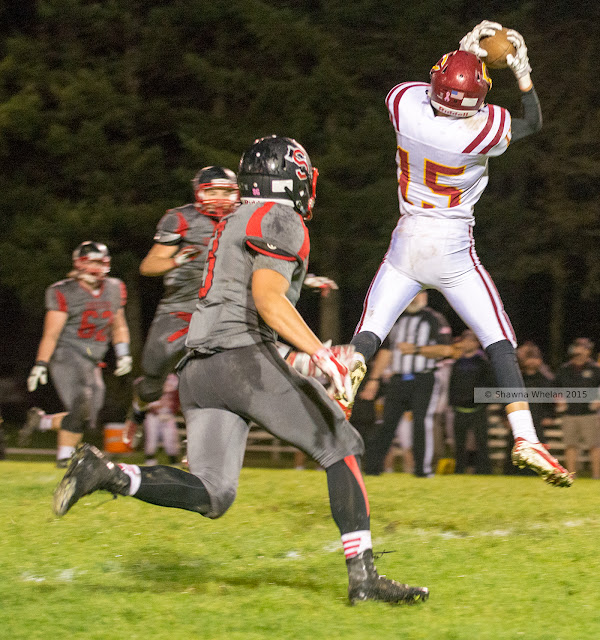 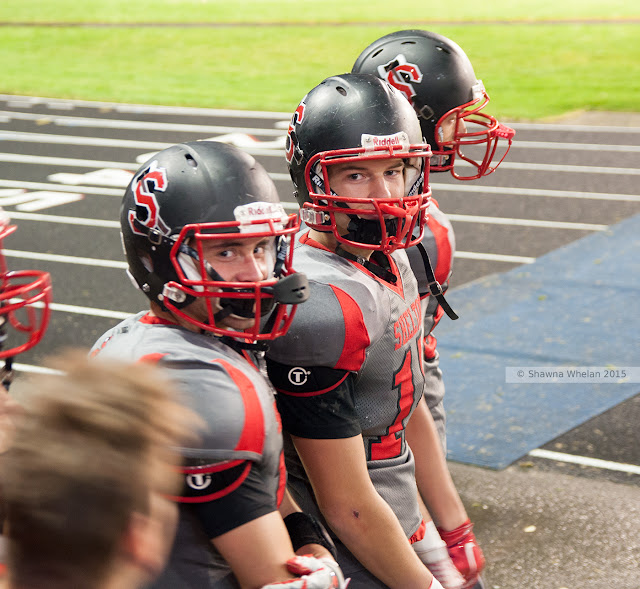 A friend told me about a tree that impaled a house in town.  She sent me the message via face book chat.  So I put down my morning coffee and drove up the hill to take a look.

Hail was falling, so I took the outdoor pictures from inside my car.

Then I thought to ask the homeowners if I could come inside and take some pictures.  They said yes.

I was tired, I did not have my favorite camera and  my external flash was acting up, but I got the job done with my trusty old D-90 and its built in flash. 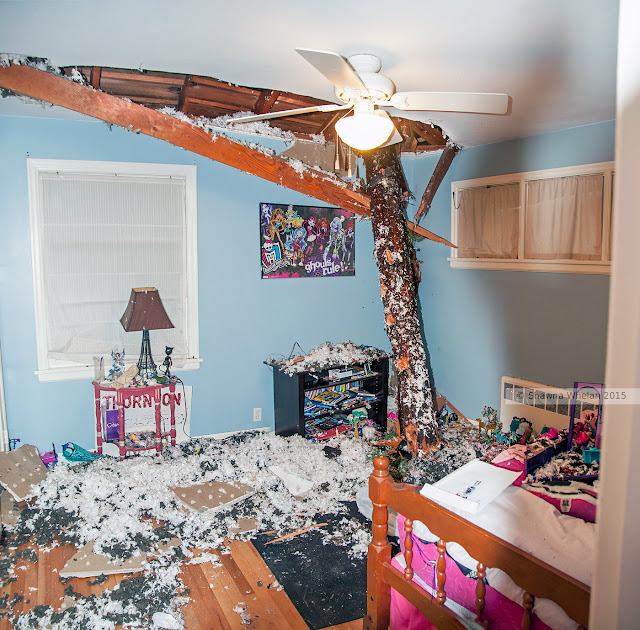 Since the paper goes to press the same day that this happened, I took my cameras straight into the office and handed over my SD cards. 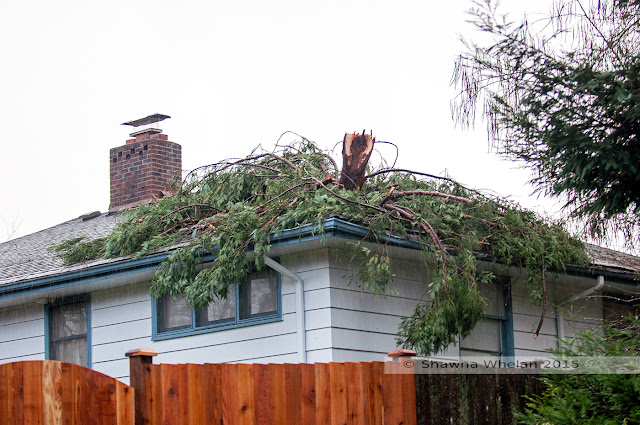 Email ThisBlogThis!Share to TwitterShare to FacebookShare to Pinterest
Labels: Weather
Newer Posts Older Posts Home
Subscribe to: Posts (Atom)
The previous theme of this blog was "Wandering the Empty Streets of Shelton Washington Looking for my Stolen Bicycle"