The slow season is here but I have been keeping my fairly busy.  I photographed The Hood Canal Salmon Center's volunteer appreciation potluck.  One picture was printed.  The paper has found a huge archive of large format negatives from the 50's and 60's and they are printing them a few at a time.  Maybe those old photos are competing for ink with my new photos.

No one knows who took the old photos.  It seems to me that pro photographers in that era don't get credit for their photos now, unless they scratched their names into the negatives then.  That was the modern day equivalent of the digital water mark.

The Seattle Seahawks foot ball team made it to the superbowl, the game was very close and it went into overtime.  I took my camera to downtown Shelton and got a few pictures of the fans.

Here is one for now, more later.

My next for sure job will be photographing kids in a venue that I have been told is poorly lit for photography.  I happened to be driving past the venue this weekend and I saw that something was going on in there.  So I went in and asked for permission to practice taking photographs.

I was able to take about 85 photos before the woman who let me in became concerned about the volume of my photos.  She told me she would have charged to let me in if she known that I was going to take more than one or two photos.  I took that as my cue to leave. Get in, get out, avoid drama.  I'm glad I got in, but I wish I could have stayed a little bit longer.

I learned that to photograph basketball I need to use continuous focus, later at home I learned about back button focus and I like it.  I will use back button focus when photographing basketball.  Here are a few of my pictures that turned out okay.  I used my external flash on camera in a soft box.  The ceiling is high and brown, so bouncing off the ceiling is not an option.

I shot in manual mode, since the lighting was uniform.  I settled on 1/500 and ISO 12,500.  I was having trouble focusing so I kept my F stop mostly at 2.2 and higher.  Now that I know about continuous back button focus I will try F1.8 again.  I think most of my focusing problems had to do with the focus method rather than the depth of field. 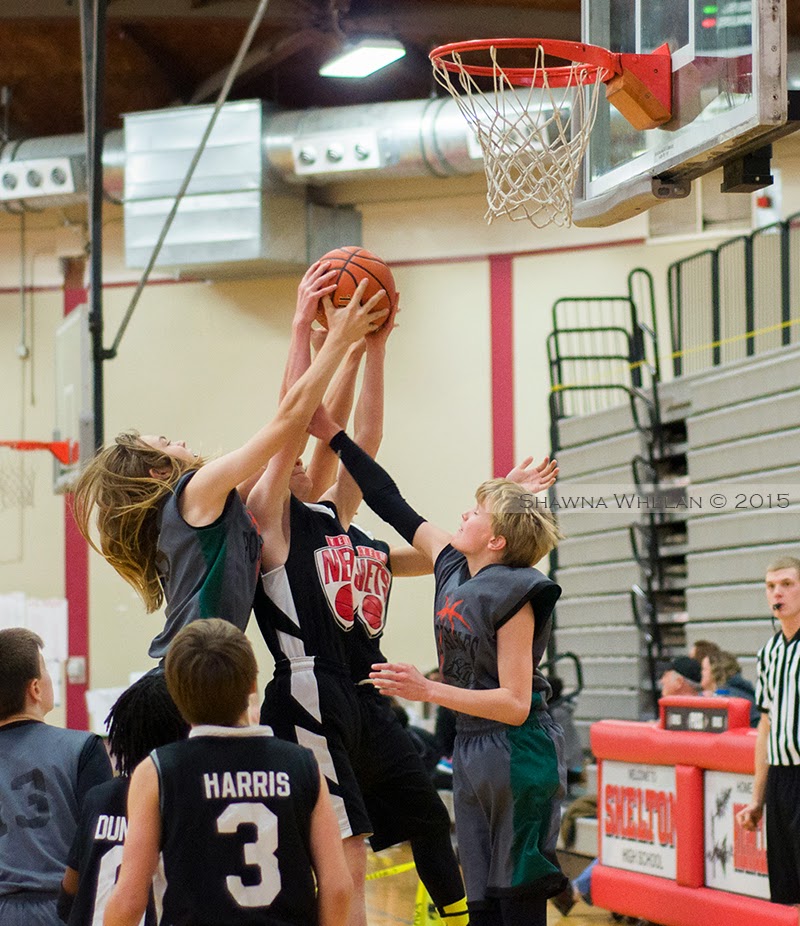 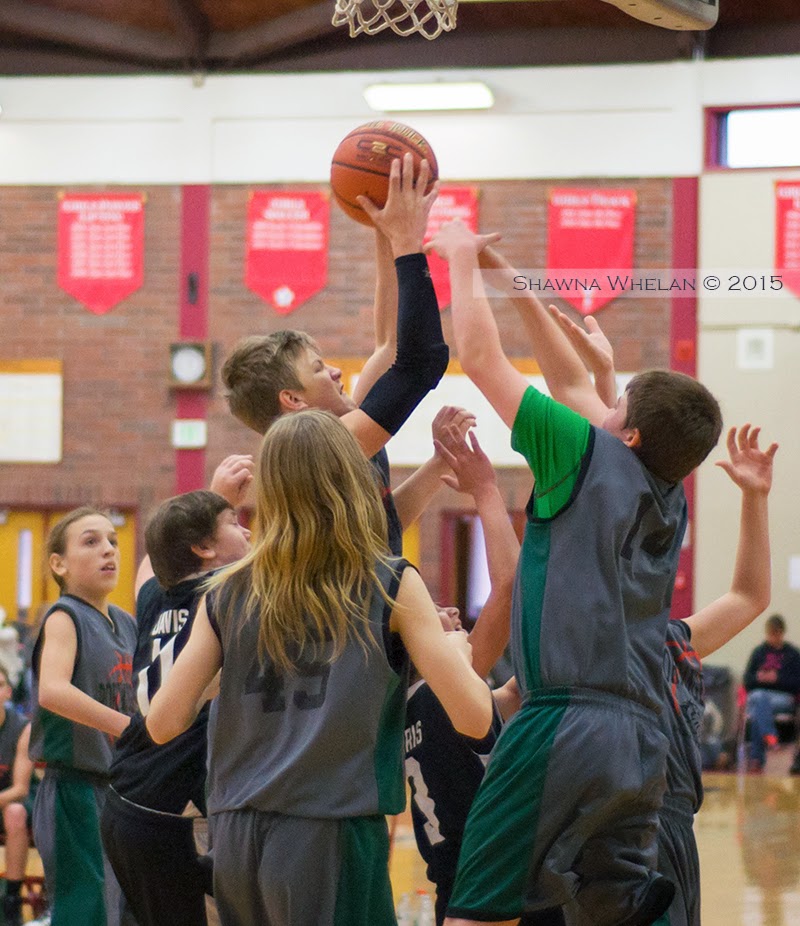 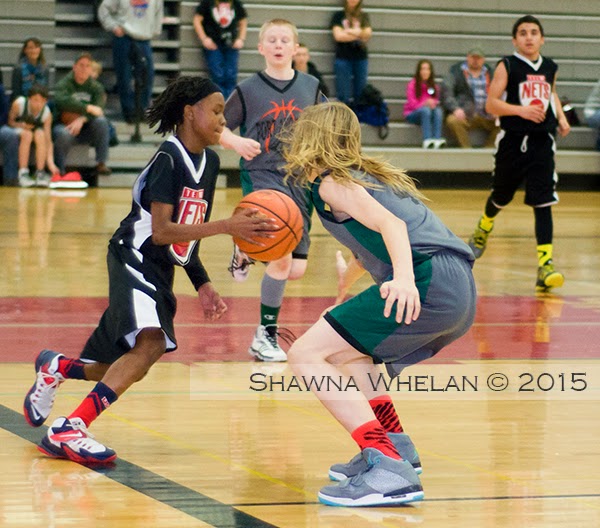 I used my 55mm 1.8 prime lens for these, on my crop sensor that is equivalent to an 85mm lens.  This gym is very dark and basketball players move fast, so my 3.5-5.6 zoom lenses  never got to come out the bag here.

I have a new lens on the way, a Sigma 17-50mm f/2.8 EX DC OS HSM FLD Large Aperture Standard Zoom Lens for Nikon Digital DSLR Camera.  How about that alphabet soup?
at 10:16 AM No comments: Links to this post


I went to the senior center to photograph their New Year's Eve dinner.  Some of the seniors were dancing up a storm and it was fun to see.

The room is very dark and the ceiling is high and white.  I think that the next time I photograph in this space I'm going to light it up a bit more with my flash.  I have to get candid photos for a newspaper, so I did not want to be too obvious with my flash.  I wish now that I had turned it up and bounced it off the ceiling instead of using my softbox, turning it down and pointing it right at people.  Hopefully I'll be sent to this venue again soon.

The room with the buffet line was better lit so I concentrated on getting a few pictures there before I moved on to the main room.

Email ThisBlogThis!Share to TwitterShare to FacebookShare to Pinterest
Labels: Community Events
Newer Posts Older Posts Home
Subscribe to: Posts (Atom)
The previous theme of this blog was "Wandering the Empty Streets of Shelton Washington Looking for my Stolen Bicycle"